Google-parent Alphabet snatched Apples crown as the worlds most valuable firm based on the value of shares that leapt with better-than-expected earnings. If those gains hold in official trading when the Nasdaq opens in New York City on Tuesday, Alphabet would officially overtake Apple as the worlds biggest company by market value. 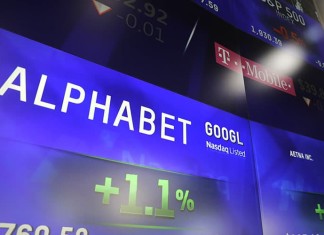 Interesting facts around this expected development:

1. Apple had held for the better part of four years.

2. The change may signal the passing of the technology baton to Alphabet formerly known as Google from Apple, which surged past Microsoft in market value in 2010.

4. Apple and Alphabet had worked hand-in-hand to develop mobile computing, but fell out bitterly after Google launched its own Android mobile operating system in 2008.

7. Alphabet shares are much more expensive, relatively speaking, than Apples, trading around 38 times earnings for the last 12 months, compared to about 11 times for Apple.

8. Alphabet pays no dividend, whereas Apples dividend currently yields about 2 per cent of the stocks value annually.

9. Alphabets move into the top spot makes it the 12th company to be recognised as the largest publicly traded US name since 1928, according to S&P Dow Jones Indices. Past No. 1 names include General Electric, General Motors and IBM.