The Honor 7 also incorporates one of the not-so-common features in phones – reverse charging, this means it can be used like a power bank to charge other phones.The speaker at the end of the phone produces superb audio quality but not loud.

Following OnePlus and Motorola, Huawei has now introduced its new challenger to take on other smartphones in the sub-Rs 25K category. We are yet to evaluate regarding how the new Huawei Honor 7 piles against the recent introduced OnePlus 2 and the Moto X Play, however we are out with our first impressions of the new Honor phone which could make it easier to understand its potential. 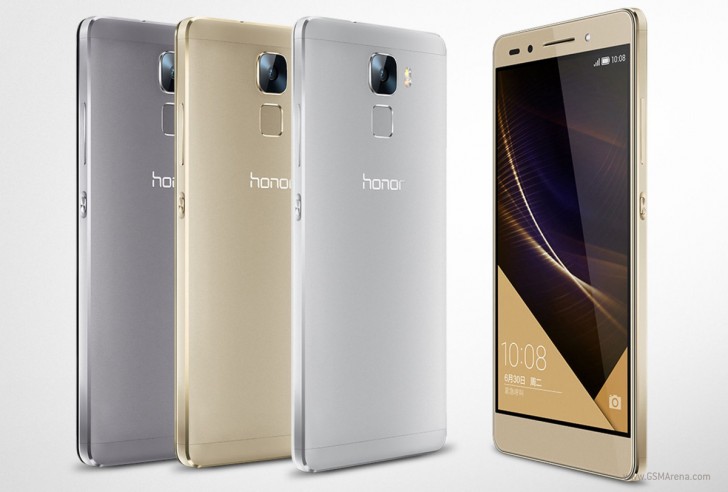 The Honor 7 is among the very few phones in the sub-Rs 25K category to have a fingerprint sensor. As opposed to the OnePlus 2, the Honor 7 features a fingerprint sensor right underneath the camera at the back – which in my opinion is intuitive. The fingerprint sensor, as the company’s claims, unlocks the screen in only 0.5 seconds, although we are yet to test its accuracy and speed in everyday circumstances.

Encased in a metal body, the device is easy to hold courtesy its rounded edges, yet feels a bit heavy in hands – comparable to the Moto X Play. Even though the Honor 7 looks reasonable and is attractive to eyes, it does lack a premium elegance – something which the Honor 6 Plus had. The back of the phone that is, otherwise, metal is said to be air-brushed with a ceramic coating, however, it’s difficult to identify that with naked eyes. 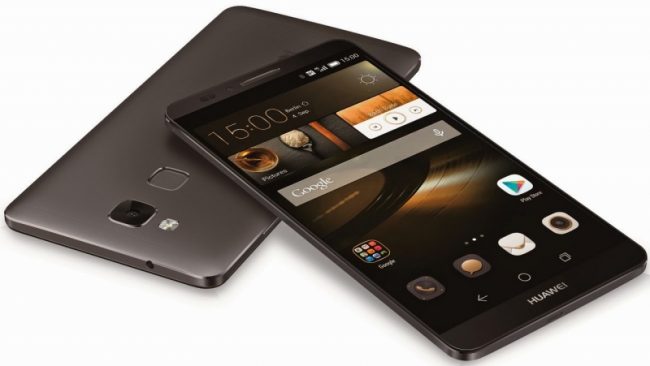 The front of the phone carries a 5.2-inch full HD display which delivers brilliant colours while offering excellent viewing angles. It’s smooth to navigate on the screen and good to look at.

Among the key features of the phone is its 20 mega-pixel back camera. Although we are yet to evaluate it in various lighting circumstances, nevertheless a few sample pictures that we had taken at the demo zone seemed to be pretty decent – vivid as well as rich in colours. But how much details the camera captures and how effectively it gets along in other light conditions are something which we wish to evaluate well before commenting on its actual performance.

Even though the company boasts of its 8 megapixel front camera as being an ideal phone for selfies, we beg to differ here. We tried the front camera in bright light conditions, and found the outcomes to be not so crisp. We will soon put it to further tests to determine its real worth.

However, both front and back cameras come with a plethora of possibilities to customise images – with regards to modes, features, enhancements and resolution.

While internationally the phones come in different variants, the manufacturer has introduced only the 16GB (along with expandable memory) single SIM version in India. Of the 16 GB storage on board, only 10.35 GB is user accessible. Considering the fact that the phone supports a card of up to 128 GB for extra storage, the 16 GB of integrated memory looks manageable.

Smart Key is what looks to be an appealing feature in the phone – which the company has been both showcasing and boasting about. This specific dedicated button at the left is actually a key for shortcuts. According to your app usage, you are able to set the shortcuts and use them with the press of this key. For example, a single press launches one app and the double press triggers the other.

The Honor 7 also incorporates one of the not-so-common features in phones – reverse charging, this means it can be used like a power bank to charge other phones.The speaker at the end of the phone produces superb audio quality but not loud.

The phone, which will come in 2 colours – silver and grey – is going on sale in India from October 15. It’ll be offered exclusively on Flipkart.Packed with features and priced competitively, this Rs 22,999 phone appears to be an attractive deal, but how well does it justify the price tag is yet to be known.

VPN: The Purpose and Reasons To Use It 0