WhatsApp, the world’s most popular messaging service, has announced that it is dropping its token $1 fee still levied on some users. Because WhatsApp doesn’t have any other ostensible source of revenue, it has left many wondering about how the company intends to keep on going. 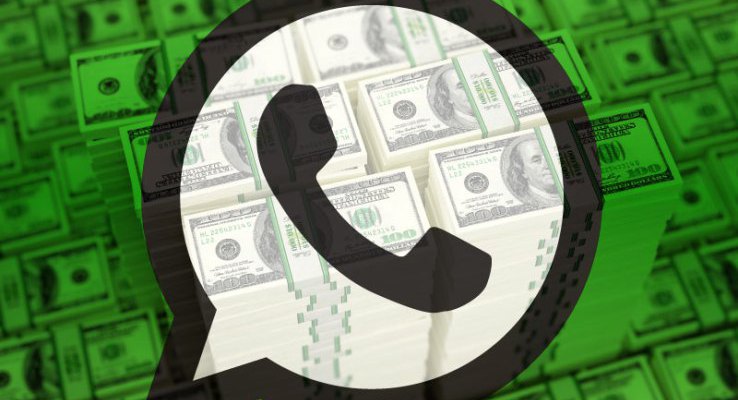 The primary reason why WhatsApp is doing away with its subscription fee for using WhatsApp after the first year is that making customers pay even small amounts remains difficult in many countries where access to credit cards and bank accounts for making online payments remains complicated. Much of WhatsApp’s about a billion users are from the developing world where online payment is still catching up.

WhatsApp has also been lax in enforcing its subscription fees. For example, it hasn’t been actively charging its users in India any fee even after the multiple years of usage. The company says that it doesn’t want it users to fear about losing access to friends and family in case they are unable pay for the subscription.

This change is expected to happen over the next few weeks across different versions of the WhatsApp app.

At the moment, revenue isn’t really a big worry for the company that was acquired by Facebook for $22 billion in 2014, but questions arise about how the service seeks to remain financially viable. Does this mean that WhatsApp will introduce ads, similar to that we see on Facebook?

WhatsApp is quite clear about what it thinks of advertising. “Advertising isn’t just the disruption of aesthetics, the insults to your intelligence and the interruption of your train of thought,” the company had stated its position on the matter in a blog post from June 2012.

Because advertising is user data driven and WhatsApp’s stated principle is not to mine user data and therefore it wants to “avoid ads.” WhatsApp says it has no plans to introduce ads to offset the loss of fees.

Instead, the seven-year-old company is seeking to bank upon businesses which are very actively using the service to reach out to and hear from customers.

They say they will start testing tools this year to let customers communicate with businesses. WhatsApp could make restaurants, airlines and credit card firms pay to contact consumers seeking to replace text messages and phone calls, but they aren’t providing details.