Asus ZenFone 2 Laser review: It could be better

The budget phablet industry is expanding by leaps and bounds. We now have some good candidates, mainly in the sub-Rs.10,000 price group. Most of the Chinese firms have made their presence felt, but if you had to pick out a brand, which had you’d probably think would be rivalling in this particular category and is not present, in that case, it should be Asus. Asus, up until last month, did not have a device in the price group. Now, it offers the ZenFone Laser, that as the name hints is a phone with a laser autofocus system in place, an initial for the price segment. Besides this, it assures great performance a hallmark of all the ZenFones. 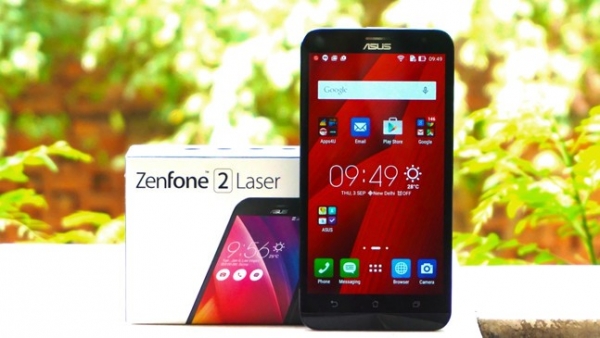 Asus has taken exactly the same design which it used in the ZenFone 2 and the ZenFone 2 Deluxe. What this means is the phone has got rounded edges along with a bevelled back plate, that comfortably fits in the palm of your hand. 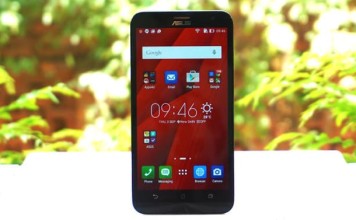 It is quite a huge phone, though as opposed to the ZenFone 2, that has a faux metal-texture, Asus has preferred a more satisfying matte finish plastic on this unit. It provides an excellent in the hand grip and is also generally enjoyable to use. Additionally, it doesn’t attract smudges and remains rather clean.

Ergonomics, as you’d probably think about, aren’t the very best as it is a significant large device and one handed utilization is out of the question. The greater concern will be the placement of the power button, which is placed in the middle on the top of the smartphone, which makes it quite challenging to reach with both hands.

The ZenFone 2 Laser is lighter in weight compared to the Deluxe at 140 grams, although it measures exactly the same at 10.5mm.

Around the back, you will additionally notice the laser autofocus system and a dual-tone Led-flash system alongside the camera sensor.

In general, the ZenFone 2 Laser appears to be an unremarkable unit when it comes to both designs and build quality. It’s not bad, however, the ergonomics are undoubtedly uncomfortable, which is something which runs across the ZenFone 2 DNA.

While there are several common components across all the ZenFone 2 models, Asus released this season, the display is one area in which the ZenFone 2 Laser varies from its siblings. It’s a lower resolution 720p 5.5-inch display although there is the most recent version of Corning’s Gorilla Glass 4.

It is really quite a pleasant screen for something which just has a 720p resolution. However on a display as large as 5.5-inches individual pixels become more obvious, mainly while reading text.

Pixel density and sharpness of the screen is certainly one area in which the ZenFone 2 Laser lags behind. As soon as you compare this together with the devices such as the YU Yureka Plus and the Lenovo K3 Note, you realise the insufficiencies of the product.

But in a few areas the display is very decent. The colour accuracy of the screen is quite good and so are the brightness levels. So much so that this phone is actually quite functional under sizzling sunlight.

In use, the device is basically reasonable for almost everything – playing games, viewing videos as well as good for reading text. But the truth is that we have arrived at a point in the history of the smartphone that there are no such thing being a bad display. Of course, some displays are much better when it comes to colours, brightness and viewing angles and several possess the edge in resolution, but now you’d rarely find a phone with a really poor screen which we’d categorize as bogus.

The ZenFone 2 Laser is the very first mobile in this price tag to have a 13-megapixel rear camera along with a laser auto-focus system. Additionally, it includes a dual-tone LED flash and a 5-megapixel camera on the front. On paper, the mixture of the imaging components appears pretty solid, however in reality the performance isn’t really class leading.

Certainly, the laser auto-focus helps you to take pictures faster and lock focus at a speedy pace, nevertheless the image quality is average at best. Even as it takes a few detailed photos in brightly-lit scenes, the colour precision is bogus. The device carries a big white balance problem, that is a continuation of the problems that we have seen in the ZenFone 2 and the ZenFone 2 Deluxe. That being true, the white balance issue is not overstated.

The camera is fairly suitable for macro photography, and the camera on the ZenFone 2 Laser can go quite close to the subject, as opposed to numerous phones in this price segment. Furthermore, it reproduces an attractive defocused background.

Thankfully, Asus offers a superb camera app, which is packed with manual camera settings along with a number of pre-set shooting modes. Overall, we find out the performance of the camera is substandard to what devices such as the Mi 4i and the Yu Yureka Plus offer.

The front 5-megapixel camera is good for selfies and video chats. The phone also takes 1080p video, however, the quality of the videos is ordinary.

Asus is recognized to weight its mobile phones with a lot of bloatware and the story continues to be the same with the ZenFone 2 Laser. It is regrettable that on a phone with only 8GB of internal storage, Asus has loaded around 10 apps, which are worthless.

You get a custom build of Android Lollipop, that is skinned with Asus’s ZenUI. Now, the Zen UI has many useful features. For example, it is so customizable that one could choose from having an app drawer like a traditional Android launcher or have an experience bereft of the app drawer similar to an iPhone, where everything is on the home screen.

A number of the core applications such as PC link tool, the email app and the music player, are very nice. The device also offers a theme engine built-in, which can be particularly useful if you are like us because we find the stock Asus icons and theme to be quite awkward.

Despite the heavy customization, you never really get the feeling that the phone is slowing down, which usually is a tendency we have noticed in multiple Android smartphones. That is certainly a great thing. 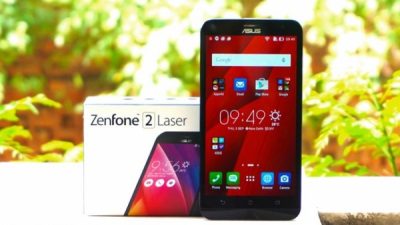 The ZenFone 2 Laser has moderate specs. It only gets a Qualcomm Snapdragon 410 processor, that is coupled with 2GB RAM and it has 16GB of storage in addition to a microSD card slot supporting memory cards, with as much as 128GB of storage.
While that may not sound as much, the performance in real world usage is reasonable. It runs efficiently for most tasks and you will not experience much trouble in the form of system lags.

That being true you’d want more. Already for the same amount or perhaps a little less, phones can be found in the market, which well, convey more powerful hardware. When compared with other phones such as the Lenovo K3 Note, particularly in multitasking, the ZenFone 2 Laser seems slightly slower. Nevertheless, at the same time, it seems quicker compared to a phone like the YU Yureka Plus.

In gaming too, the standard of graphics isn’t really perfect. You’d notice the unusual frame rate drop, mainly whilst playing high-quality games such as Asphalt 8 and Dead Trigger 2.

Call quality, though, thankfully is respectable and we didn’t experience anything unusual when we examined the phone. .

Additionally, the speakerphone on the phone ended up being amazingly loud, though once we played harsh music like heavy metal, the audio turned out a little altered.

The ZenFone 2 Laser has a 3,000mAh battery, which is actually a good size for a phone having a 5.5-inch screen.

The phone endures a day in general use and with medium to heavy usage. It can last around 15-16 hours consistently, which is good. In the scheme of things even though your 3G usage is heavy it is going to last you through your entire work day, that is what matters at the end of the day.

Furthermore, it is also well worth writing we ran the battery mark test on the phone, however, it failed everytime we loaded it on the phone.

The Asus ZenFone 2 Laser is a hard sell. Its standout element, the laser autofocus system does not offer enough an push to its camera when it comes to image quality. Apart from that, it has fundamentally a typical feature set and nothing really stands out. Last but not least, it is also more costly as compared with phones such as the Lenovo K3 Note, which not only is much better in many aspects, is also a better-looking phone.

6.2
OVERALL SCORE
DESIGN: 7
CAMERA: 5
DISPLAY: 6
PERFORMANCE: 7
SOFTWARE: 6
VALUE: 6
Have no any user vote
The Asus ZenFone 2 Laser is a hard sell. Its standout element, the laser autofocus system does not offer enough an push to its camera when it comes to image quality. Apart from that, it has fundamentally a typical feature set and nothing really stands out. Last but not least, it is also more costly as compared with phones such as the Lenovo K3 Note, which not only is much better in many aspects, is also a better-looking phone.
Best laptop accessories for 2018
uGetFix.com Review
Samsung Galaxy S9 concept might be better than iPhone X
Lenovo K3 Note Review: The fastest phablet under $200
LastPass Review
Best Email Client for Windows 10
Android 16 Reviews 72 Asus ZenFone 2 1 Tech reviews 57