The Best Antivirus Protection of 2017

Now hackers do not bother with this procedure, but in fact, simply target the main weakness – users’ privacy.

Each day hackers and felons of various ilk craft news ways to develop a computer virus with an ultimate immunity to existing anti-virus software. The greed for money drives them to devise more insidious ways of deception. However, cyber security companies do not lag behind as well. In this cyber race, having an up-to-date anti-virus might be the key advantage. 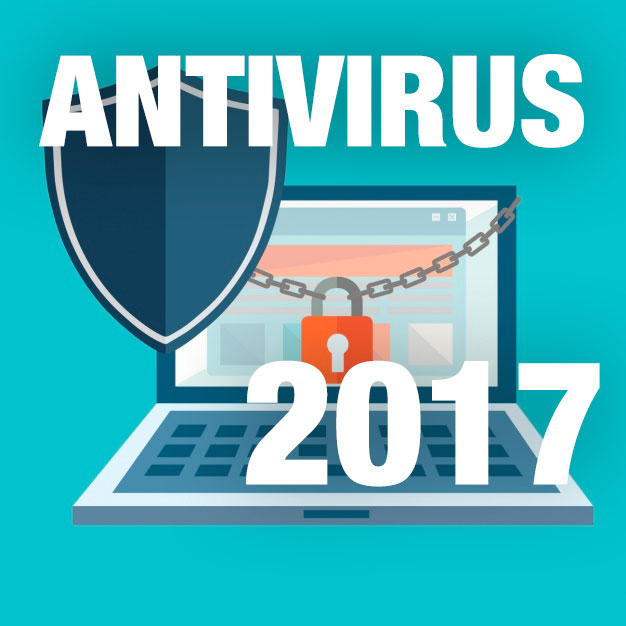 The ever-evolving myriad of computer viruses

It has been long since the emergence of the first computer virus. It functioned as a malicious code which infiltrates the operating system, corrupts legitimate applications and wreaks havoc. Since then, the category has been growing at lightning speed with rootkits, worms, backdoors, malspam, malvertising, banking trojans, and ransomware piling up. A while ago, cyber villains had attempted users to deceive into downloading corrupted application, which then wreaked havoc on the system.

Now hackers do not bother with this procedure, but in fact, simply target the main weakness – users’ privacy. Despite how skeptical you might be about malware, the idea of losing valuable documents or the fact that crooks could access your bank account seems quite frustrating.

Computer worms are especially dangerous for their behavior to infect all members of the same network. Botnets help to expand their distribution network. Specifically, they target routers with weak passwords. In that case, you may come up with several worst-case scenarios.

Other malware tends to disguise under a corrupted browser extension. Recently, the news broke about the computer worm hidden in Google Docs invitation.[2] While the majority of recent virtual threats function on the principle of deception, it is hardly possible to counterattack the malware which infects computers due to remote desktop sessions. Thus, mere cautiousness is not sufficient in battling modern computer viruses. That is where an anti-virus comes to save the day.

Fighting computer virus: how do I choose the right anti-virus app?

With the introduction of the updated Windows Defender, you might have noticed some opinions and articles questioning whether a third-party anti-virus software is really needed. The opponents of third-party cyber security tools were convinced that such applications make the system only more vulnerable.

In response to these claims, another wave of researchers immediately reacted arguing that netizens do need an additional security tool[3], since Windows Defender is not capable of blocking such threats as WannaCry[4], for instance.

In contrast, Mac OS users have had a significant advantage over Windows OS users as the low number of Mac-based malware and ransomware has been evident. However, such era is coming to an end as more reports appear about the virtual threats infecting the computers with the latter operating system.

Due to the above-mentioned reasons, the anti-virus might be you’re the only chance to evade severe outcomes.

But now you have to the point when you have to choose an anti-virus application. While all of them perform the main function – guard your OS against computer viruses – they possess minor differences. Some tools scan the computer on demand; others divert you from poorly-rated websites, the third monitor incoming spam emails.

If you have time and intend to pick the program which almost perfectly matches your expectations, you may look for app reviews which are based on lab reports: Virus Bulletin, Simon Edwards Labs (the successor to Dennis Technology Labs), AV-Test Institute, MRG-Effitas, and AV-Comparatives[5].

If you want the ultimate protection, you might be interested in software which does not simply provide real-time protection and scans your device regularly. There are apps which employ a color-coding system to ward you off from websites with a low rating. Moreover, some anti-virus tools block the access to known malicious URL domains.

Thirdly, not only an updated cyber security tool is crucial in maintaining the immunity of OS against cyber assaults. All system apps must be up-to-date as well. Thus, few of use pay little time to update them manually. In this case, some anti-virus programs do this job for you.

Thus, you may prefer the program which functions on the basis of whitelisting – enabling only trusted and well-rated applications to run on the OS. Sandboxing limits the activities of certain applications, thus, lowering the scale of possible damage.

There are also dozens of new applications which help provide an additional layer of privacy while you are performing banking operations, they also regularly delete browsing history. Some of the latest applications may also grant you the service of a virtual keyboard to escape keyloggers. There is also the number of anti-virus apps which grant you the service of IT technicians’ advice.

Finally, the latest tools greatly concentrate on the protection against file-encrypting threats. They detect and block any unauthorized modification of your valuable files.

Conclusion: relate your expectations to a certain anti-virus app

Now that you are aware of malware dangers and a variety of anti-virus software countering it, you only need to ask yourself what you actually need. If all these features seem like blind science, then you may choose a universal anti-virus tool. More proficient computer users should focus on the app test reports to get an insight of its performance. More expensive anti-virus tools are not always better, yet again you should carefully examine what features they offer. You might find the right application after taking a look at these reviews:

How to Access Netflix from Anywhere in the World 0