The name of Apple’s new Mac operating system says a lot about what to expect.

The name of Apple’s new Mac operating system says a lot about what to expect. 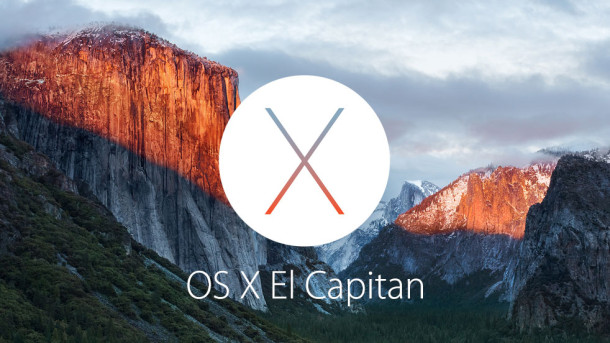 Nonetheless, it’s an upgrade worth having after it’s out Wednesday, especially as it’s free. Though you’re not getting a lot of new functionality, El Capitan is packed with goodies that will shave off seconds here and there. Those seconds will add up.

Just back up your system before upgrading, and make sure any apps you use frequently will work with the new system. Sometimes, it takes app makers weeks or months to catch up, especially for non-Apple apps.

Once you get El Capitan, here are six features worth checking out:

A pin is like a bookmark on Apple’s Safari browser, except the website you’re pinning is always open and refreshing in the background. If you visit another website and come back, pins remember where you left off – as long as you don’t close the browser.

You might say this sounds like browser tabs. A key difference is when you click on an external link and leave a pinned site, the browser opens a new tab, so you don’t lose your place on the pinned site. With tabs, the new site sometimes replaces the site you were on.

As websites get aggressive at delivering video ads and content, audio might play automatically. This gets annoying if you’re watching video in another window. Safari now has a speaker icon to instantly mute all audio playing in the browser, without affecting audio elsewhere. With the computer’s mute button, it’s all or nothing.

If the video you’re watching is playing in the same browser, the audio for that will mute, too. It works better when playing video in a stand-alone app, such as iTunes. Or you can install a separate browser, such as Google’s Chrome, and play your Netflix or Hulu video there.

The Mac has long let you run multiple apps in separate windows, but you’ve been limited to one app when it’s in full-screen mode. This changes with El Capitan’s Split View, a feature Microsoft has had since Window 8’s release in 2012. Although you can come close to split screens by resizing two windows and placing them side by side, you now just need to press and hold the green button on the top left of an app’s window.

The introduction of split screens also uncovers a little-known feature called Spaces. If your desktop feels cluttered, you can spread your apps out in groups, or Spaces. One Space might be for your productivity apps, such as spreadsheets. Another might be for goofing off. If you’re on a laptop, it’s easy to switch by swiping three fingers on the touchpad left or right. That’s perfect for when your boss suddenly walks by.

The Notes app has traditionally been little more than a word-processing app. Now, it’s possible to drag in photos, add map locations and create checklists. It’s also easier to sift through Web links and attachments you’ve added. The Notes app on iPhones and iPads got a comparable update, and your notes sync across Apple devices. You can also access them on Windows computers through icloud.com. Android users are out of luck.

You can search for old documents using natural language, such as “find me spreadsheets from March 2013.” The search tool also retrieves more types of information, including weather and stock quotes.

No doubt you’ve had times you’ve needed to select text or move a window, but you have no idea where the cursor went. Now, just move the mouse back and forth rapidly, or swipe your finger back and forth on the touchpad if it’s a laptop. The cursor turns into a giant arrow for better visibility.

It might remind you of those giant foam fingers at parades and sports arenas. Freaky, but useful.

Turn Your Smartphone Into a 3D Hologram Projector 0

US ‘Dropping Cyberbombs’ on ISIS in New-Age Battle 0